Flowers and insects, one composition from a set of eight 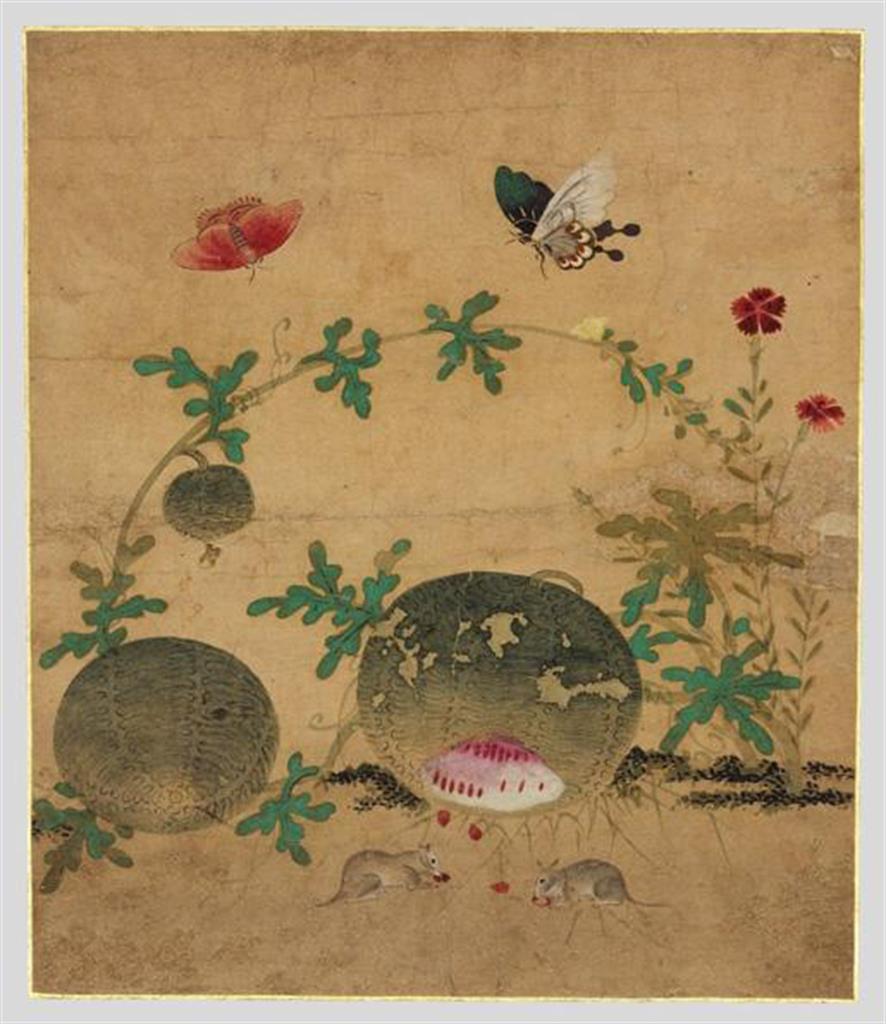 Sin Saimdang is perhaps the most famous woman in Korean history, in part, through her embrace of various scholarly pursuits. She practiced her talents as an artist, writer, calligraphist, and poet of the Joseon Kingdom. Still, despite her talents, today she is mostly introduced in histories as the mother of the great Korean Confucian scholar Yulgok Yii. Many people think of him as great as the Chinese scholar Mencius, whose mother was also a famous scholar.

Regardless of the heritage of Sin’s artwork, though, her real name remains unknown (mainly due to patriarchal Confucian influences). Saimdang is her most well-known name throughout her career, a name that references the mother of King Wen of the Zhou Dynasty in China.

She focused on life-like paintings of subjects from nature such as insects, flowers, and animals. There is a specific genre of insect and nature painting called chochungdo, emphasizing “natural”symbols of wealth, long life, and fecundity. In many chochungdopaintings, butterflies symbolize a wish for good marital chemistry, and successful governmental careers. The watermelon vines represent the wish for future generation to flourish in their lifetimes.

This painting is part of Shin’s series of chochungdo paintings. Her chochungdo appear to be hyper-realistic. There is even an anecdote that a  chicken once pecked at her painting, mistaking the painted insects for real ones. She had an excellent understanding of seasonal changes, reflecting this in her work. She mostly chose the subjects to match the season she was painting, and not for aesthetic reasons. For this painting, she chose watermelon and China pink as subjects, which only blossom in summer. The butterfly to the right can be identifed as Papilio bianor. These butterflies are native to Asia and Australia, and extend from the southeast of Russia to China and Korea.

Sin Saimdang executed the painting with delicate line work and overlapping colors. She emphasized the color of vines with strong green, in contrast to other plants, focusing the viewers’ eyes directly to the center of the page, and to the butterflies above. She continuously overlapped the butterflies to illustrate the detail of their wings and bodies. Particularly, the right butterfly’s movement portrays many similarities with the Insect Album from the Qing Dynasty also in this exhibition. The life-like qualities of these paintings suggest motion with their elegant colors and detailed line work.