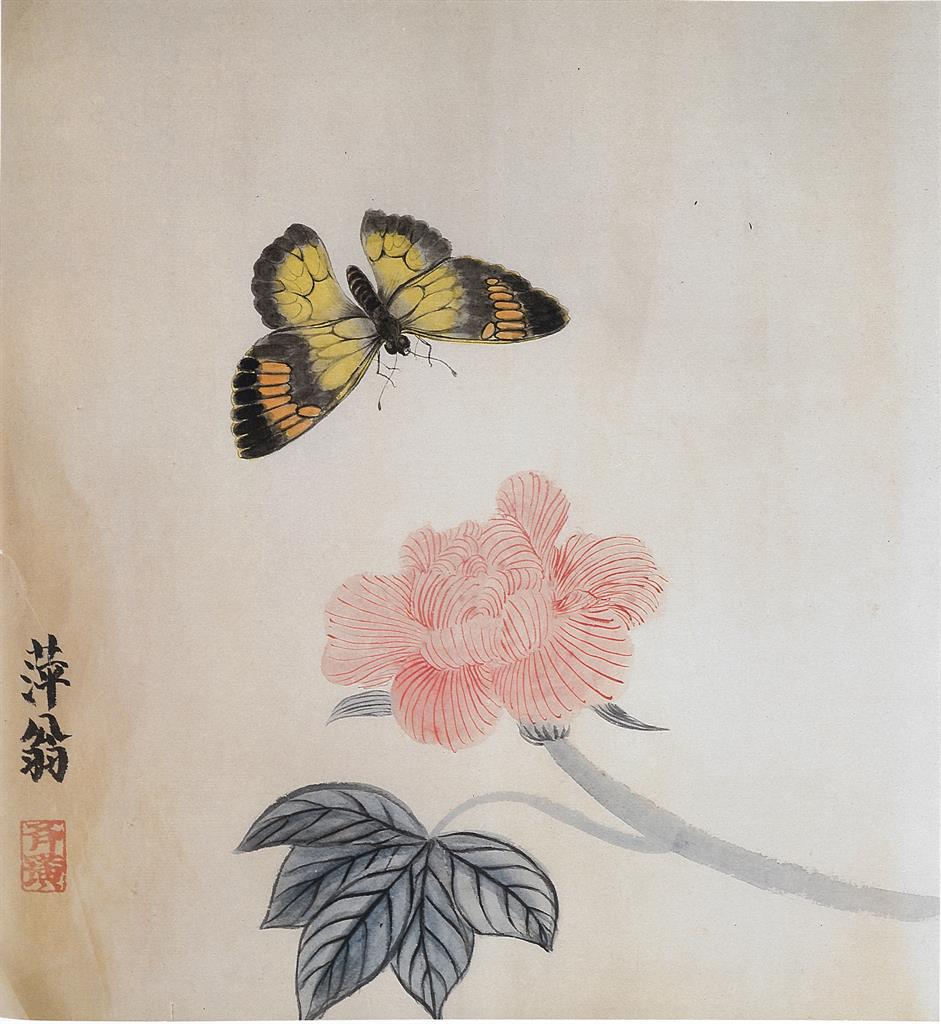 Qi Baishi (1860-1957) was an important artist in modern China. Born into a poor family, he worked as a  carpenter and sold  paintings in his earlier life to maintain his  livelihood. His artistic techniques feature powerful brush strokes and rich colors, the resulting paintings are both  simple yet convey a vitalityin their depictions of flowers, birds, insects, fish, and the occassionalportrait. He maintained a special interest  in depicting insects and fish throughout his life.

While he was actively working as an artist in the twentieth century, China was going through political and military transformations, first   under Chiang Kaishek, the leader of Nationalist party who dominated the military, until the establishment of the People’s Republic of China in 1949 under the leadership of Mao Zedong. While many other artists were looking to Europe and Japan for inspiration, Qi Baishi confessed to being inspired in large part by Soviet celebration of everyday life, if not by the USSR-brand of Socialist Realism.

When Qi traveled Beijing, he became friends with Chen Hengke (Chen Shizeng, 1876-1923) who convinced  Qi Baishi to forget all the painting techniques that he had learned and to seek a new style instead. He helped reshaped the elite arts of China to break all cultural and social barriers through  his easily readable subjects, juxtaposition of vivid colors, and poetic compositions. Hibiscus and butterfly was painted before Qi cultivated his new artistic style. As the viewer can notice, every brush stroke is defined and works to depict a clear outline of the subject. While the flowers and butterflies are realistically depicted, the two dimensional quality of the image of Qi’s painting nevertheless suggests a sense of design. Instead of implying the movement of the butterfly, he illustrated the butterfly and flowers with defined outlines and a vivid color palette. The butterfly resembles a  monarch butterfly, but it is lacking white dots on its wings. He detailed the flower with stronger lines than its background. In contrast, he illustrated the leaf with more bold and powerful lines. Qi’s design orientation could been the reason for his erasure ofmany of the flower and butterflies’ details.