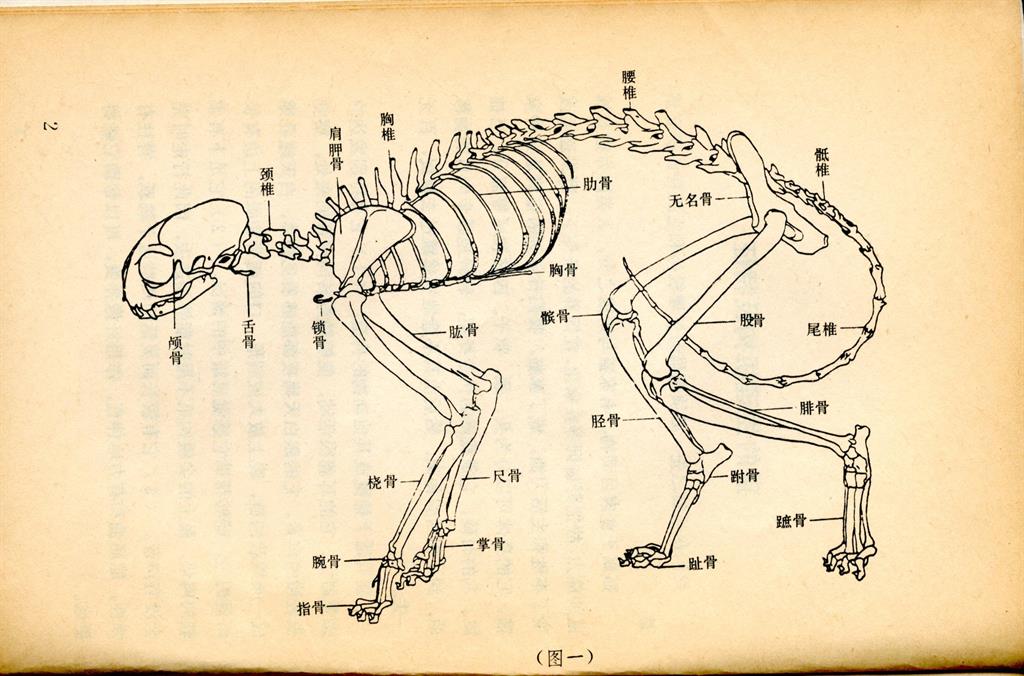 Understanding the biological structure of a cat was essential to Cao Kejia's practice as an artist. Cao, who is famously known for his paintings of cats, dedicated most of his life to observing and studying the various aesthetics, behaviours, and expressions of the animal. His painting manual How to paint a catrecorded extensive details of cats, demonstrating the artist's own stylistic approach, resulting in the most realistic depiction of a cat.

This cat skeleton was something that Cao Kejia carefully examined before painting his subject matter. He believed that scientific knowledge could help artists gain a better understanding of what they were painting. Rather than viewing art and science as parallel, the artist believed that the two actually complemented and corresponded to one another.

Cao was captivated by the eyes of the cat. He believed that the depiction of cats and humans was ultimately the same, with the essence lying in the eyes. Cao Keijia–because of this belief–always began by painting the eyes. In a sense, the eyes determine the cat’s state of energy. Cao even extended this practice to thinking about depicting eyes that we cannot see because the cat is turned away, suggesting that one should always keep the gaze in mind when considering the positioning of the head.

As Cao explicitly states, one of hardest parts of depicting a lifelike cat was the fur. Through years of experimentations, Cao Kejia finally developed a convincing technique that paints softer furs of a cat. This technique, known as  “worn brush” pobi (破笔), was inspired by the Suzhou embroidery style (suxiu 苏绣), which layered stitches from light to dark in order to achieve a three dimensional effect. In the end, Cao Kejia was satisfied with his development of a suitable brushstroke that mimics the real fur of a cat.

In looking to natural sciences, Cao Keijia combines art and science. Keeping in mind Cao’s effort to go above and beyond the imaginative representation of cats, though, is it possible for the artist to evacuate any personal expression from the work of art?