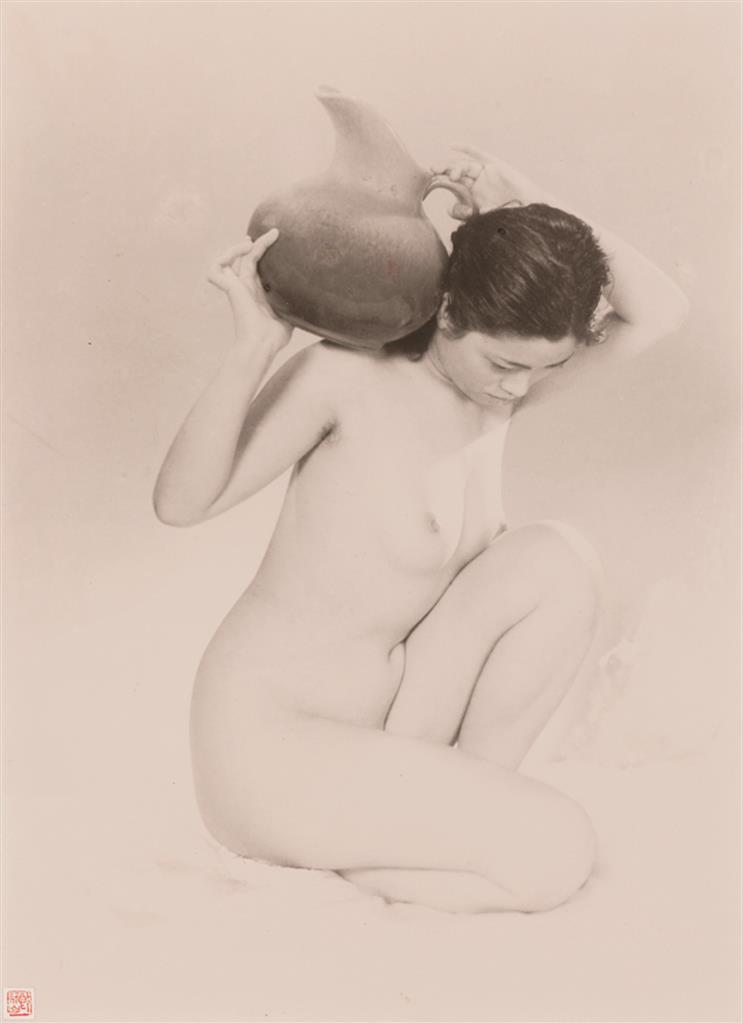 The absence of the nude body in Chinese art has been attributed to how the body is viewed in Chinese culture. The body is perceived as fluid and in constant correspondence with the external world. This continuity subverts the European and North American concept of the nude, which is derived from the Greek understanding of form and projects immobility.

The unclothed body was not popularly viewed as an aesthetic object in Chinese art until artistic tastes shifted during the Republican era. In a kind of circular logic, the nude then became an icon of modernity. The female nude in particular was featured prominently in art photography, becoming widely distributed by pictorial magazines as a way of developing a vision of modernity and equally, of generating profits. Depictions of the female body in these magazines were used to regulate and define the role of women in Chinese society as modern figures. Female nudes were also used to highlight women’s responsibility to the health of the nation. Thus, the nude female body became a way of visualizing national health, modernity, and economic prosperity. At this time, female nude photographs by Lang Jingshan, who is credited as a pioneer of Chinese art photography, were frequently featured in popular magazines likeLiangyou. In portraying female nudes Lang adopted Western visual vocabulary and in doing so, also reproduced Western ways of viewing women’s bodies.

Lang was primarily concerned with reproducing European classical female nudes by focusing on curves and producing soft textures. He often achieved this look by utilizing translucent materials to produce softness, and incorporated other objects like vases to relate the female form to classical art (Lai 200-202). He perceived the shape and contours of female bodies as “inborn and naturally expressed characters." (Ibid). In this way Lang echoed popular ideas in the Republican era that the female form was representative of feminine essence.

In this photograph, the female body conforms to the shape of the vase that the woman carries behind her neck. Her visual correspondence with the shape of the vase demonstrates how her body has been contorted and posed for the camera. It also connects her to classical modes of depicting female nudes in Western traditions. This submissive pose enhances her curves and makes them the main focus of the image -- instead of her face, which is hidden by her bowed head. Her hidden face also makes it easier for the viewer to associate her form with the vase. The hard, defined contour lines of the vase accentuate the soft tones and curves of her body. Considering Lang’s interest in the essence of the female form, these features may imply that women are naturally passive, contradicting the vision of modernity associated with the female nude. In revealing the essence of the nude woman, her shape and form implies her lack of agency as she is subject to the perception of the viewer and photographer. The centrality of her unnatural pose highlights this image as a product of the heterosexual male gaze which reinforces socially constructed standards of the ideal female body. Her pose also allows the viewer to study her form without interruption from the model, affirming the non-collaborative relationship between the viewer and the woman.